Camino - Everything You Need To Know 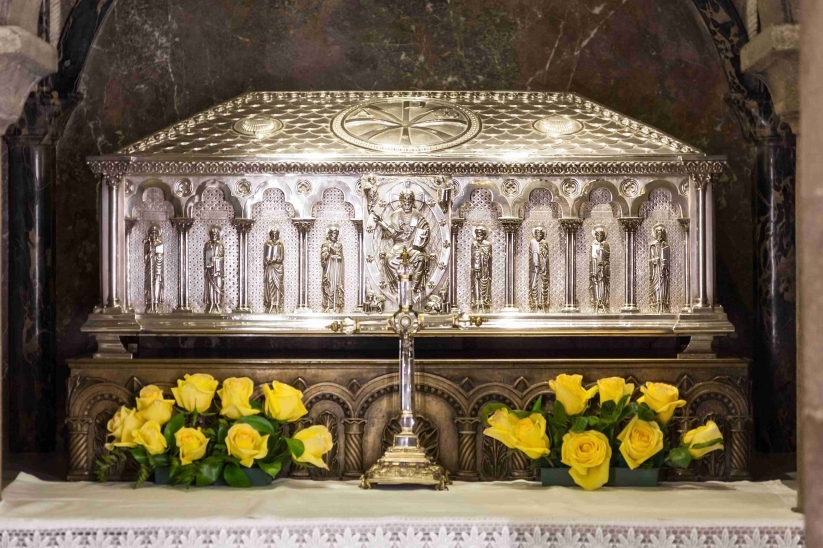 St James’ Reliquary in the Cathedral

History of the Camino

The Camino de Santiago is Europe’s most important significant and internationally renowned pilgrimage route, as well as a world-known UNESCO World Heritage Site

The Way of St James or Camino de Santiago derives from a medieval pilgrimage route to Santiago de Compostela in Galicia, in northwestern Spain, where tradition has it that the remains of apostle Saint James (also known as Saint Jacob) are buried.

The route was highly travelled during the Middle Ages. Kings and queens, knights and saints from many different nations made the pilgrimage to the Cathedral of Sant-Iago. Hospitals and hospices were built along the routes and enjoyed royal patronage. The Way of St James and the city of Santiago became the most internationally visited part of Europe.

The Reformation and the wars in 16th-century Europe led to the decline of the pilgrimage until the Camino was re-discovered in the late 20th century. Ever since, on a yearly basis, tens of thousands of modern-day pilgrims can be found across Europe walking the several routes to Santiago de Compostela.

In 1987 the Camino de Santiago was declared the first "European Cultural Route" by the Council of Europe, as well as a UNESCO World Heritage Site.

Thousands of folk make their way to Santiago de Compostela mainly by foot, but also by bicycle, horseback or by car. Many still walk the Way as a Christian pilgrimage, whilst others are walkers who travel on the Camino for adventure, sport, or as a spiritual retreat from the bustle of modern life.