Episode 1 of Pilgrimage - The Road to Santiago which aired last Friday on BBC2 was thoroughly enjoyable viewing. Not just thanks to the fantastic scenery - the range of celebrities brought together works a treat. 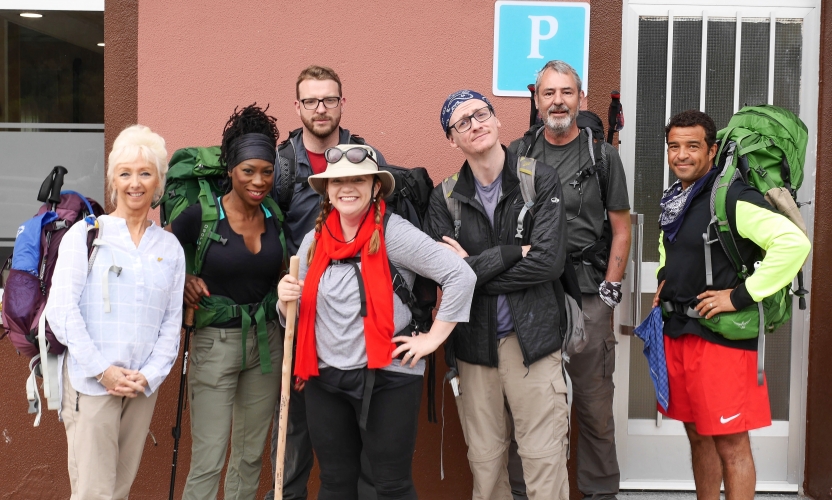 The first day of any long - distance walking holiday can be a shock to the uninitiated. Being pointed in the direction of a 25 km path with 1250m of elevation is enough to put the fear of God into most people - comedian Ed Byrne excepted.

But, the BBC paced it just right for their seven reality stars by splitting the first stage into two parts, giving them an overnight stop halfway at the friendly Hostal of Orisson. They were better able to tackle the long hike over the high tops of the Napoleon route to Roncesvalles, the first hamlet in Spain.

This is where Debbie & Heather had a moving encounter with fellow pilgrim Liam, so typical of the warmth and openness of travellers on the Camino - a special moment. 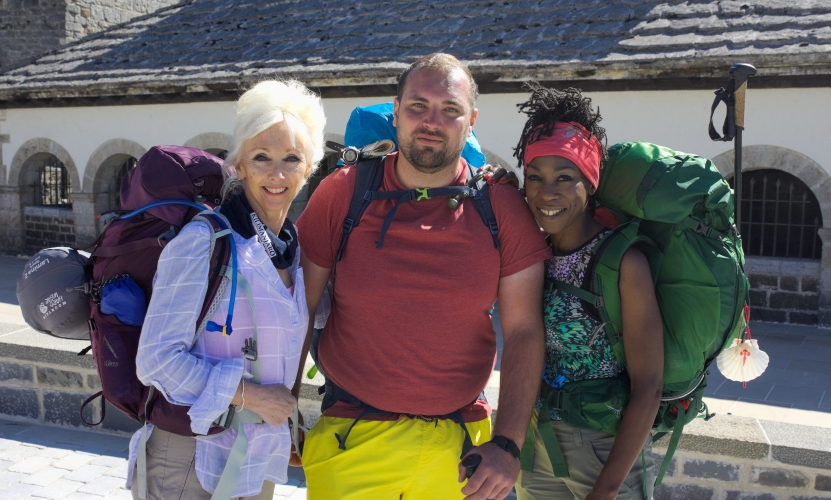 If the idea of hiking over a mountain range to sleep in a narrow dormitory bed with a bunch of strangers sounds daunting to you, fear not! The Camino can be broken down into much more manageable shorter daily walks. There are 100s of inns, guest houses, hotels -both grand and modest - all along the Camino, offering great hospitality, good food and a comfy bed for travellers of all faiths and none.

Most first-timers on the Camino will choose to walk just the last section to Santiago to be able to claim their Compostela certificate - but you can walk any part you choose - or the whole Way in sections over time.

Casa Teodora, Arzua - on the last 100 kms to Santiago

Over the next couple of weeks Ed, Debbie, Neil, Raphael, Heather, JJ & Kate continue walking in the footsteps of over 300,000 travellers who picked up their Camino certificates in 2017.

Debbie hopes for enlightenment following the loss of her beloved husband, JJ seeks the reaffirmation of faith, Heather's on a quest for a spiritual home, Neil sees it as time out for a bit of contemplation, Ed simply enjoys walking in beautiful places, Raphael doesn't quite know why he's here yet and so far, the Reverend Kate doesn't get the attraction of a pilgrimage without faith.

So far the group has been pretty successful in representing the appeal of this iconic trail - and it's pretty likely they'll find out quite a lot about themselves during the miles to come.