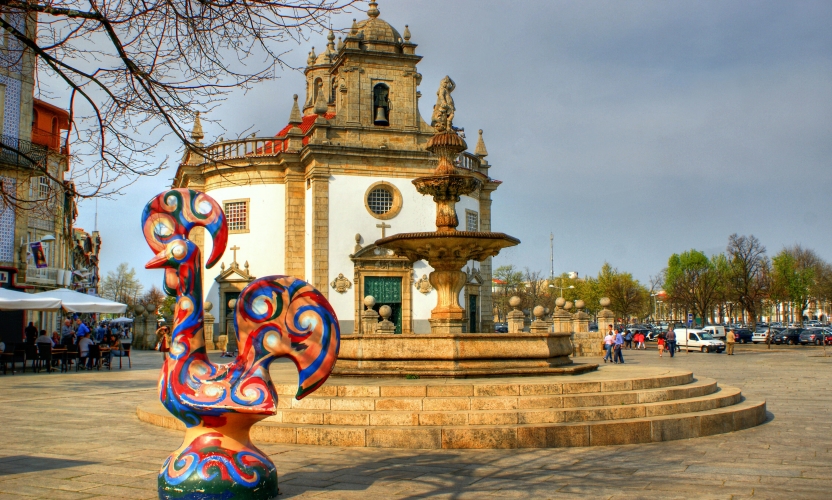 The Legendary Cockerel of Barcelos

The legend of the Barcelos Cockerel is closely connected to the Camino de Santiago.

The story goes that a Gallego (a man from Galicia), was passing through Barcelos on the pilgrim road to Santiago de Compostela. He was wrongly arrested as the culprit of a serious crime in the area and sentenced to death by hanging.

He protested his innocence and demanded to be brought before the judge at his dinner table. Pointing to the Judge's roast chicken dinner he exclaimed: "If I am wrongly hanged - that cockerel will crow in the morning".

Next morning, as the hanging was being carried out, the leftover roast chicken stood upon the judge's table and crowed.

The judge rushed out to the gallows just in time and found the hangman's noose had been miraculously caught in such a way as not to throttle the innocent man. The Galician was released, pardoned and sent on his way.

Years later the man returned to Barcelos and built a monument to Sao Tiago (Santiago), and the Virgin.