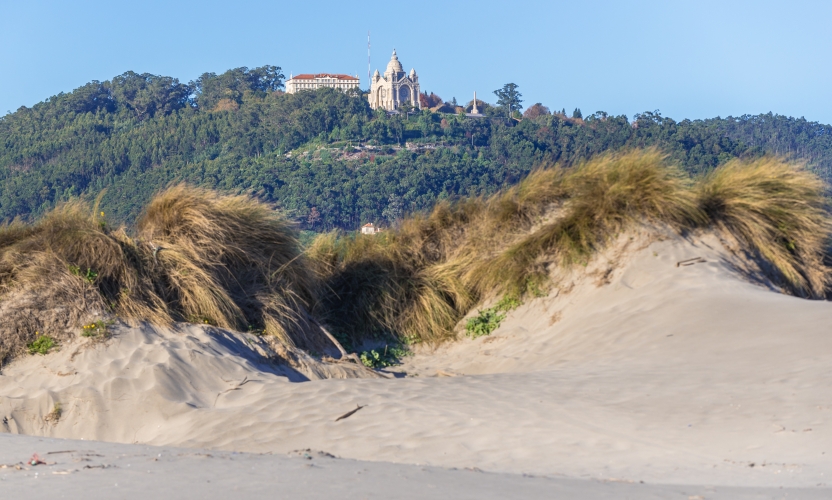 The Coastal Portuguese Way to Santiago, like so many pilgrim routes throughout the Iberian peninsula, is a legacy of the Romans who settled pretty much every corner of Spain and Portugal. The coastal road between Portugal and Galicia was especially convenient for those landing at the Atlantic coastal ports in order to undertake their pilgrimage to Santiago de Compostela.

The 21st-century revitalisation of the Camino de Santiago has led to the restoration of Portugal's wonderful coastal path. In 2017 the waymarking and sign-posting of the route were completed and its principal characteristics are its maritime landscapes and tranquillity.

As this Camino is fairly new to modern travellers, it is less busy than other routes. As well as having many religious monuments there are wonderful natural spaces to enjoy, the Portuguese beaches, the River Miño estuary. Its many centres, large and small which have interesting cultural heritage such as Santa Tecla Celtic site. From the beautiful city of Porto, the first part follows the Atlantic coastline, to cross the river Miño into Spain and follow the Portuguese Way along Galicia's Atlantic coast. From the delightful seaside town of Baiona, with the idyllic Cies Islands in the bay, you continue to the city of Vigo before turning inland to connect with the traditional Portuguese Way to Santiago de Compostela.

The route generally follows fairly flat terrain and is suitable for walking throughout the year due to the proximity of the ocean. Although Spring and Autumn are considered the best times to go if you don't enjoy the high summer weather.