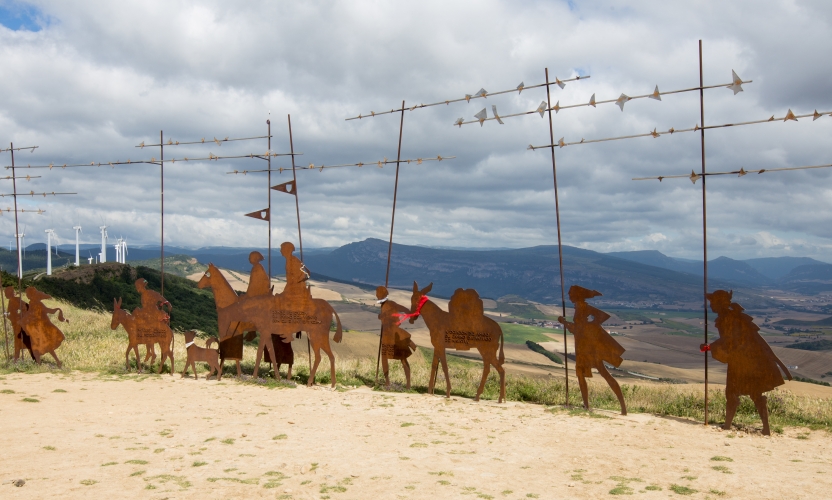 Where the path of wind crosses with the stars

Leaving Pamplona, the Hill of Forgiveness or Alto de Perdon appears on the horizon. This is a steep and testing ascent over 2.5 km which rewards you with panoramic views and the most remarkable steel sculpture of pilgrims on the road to Santiago.

Alto de Perdón is named after a XIII century basilica dedicated to Nuestra Señora del Perdón (Our Lady of Atonement), obliterated by Napoleon's troops. Today, a commemorative plaque reminds us that there was once a hospital to attended to pilgrims.

Erected in 1996, the pilgrim sculpture made by Vincent Galbete is today one of the great symbols of the Camino de Santiago. One of the figures is etched with the words

After admiring the views and recovering from your climb, the next challenge is the 3.6 km descent to Uterga, almost as testing as the climb. Going down is never easy either.

The Alto de Perdon can be tackled by MTBs in good weather - but in rain, the clay terrain makes cycling this hill almost impossible. In which case you take to the road and rejoin the main Camino later.