The Wines of La Rioja 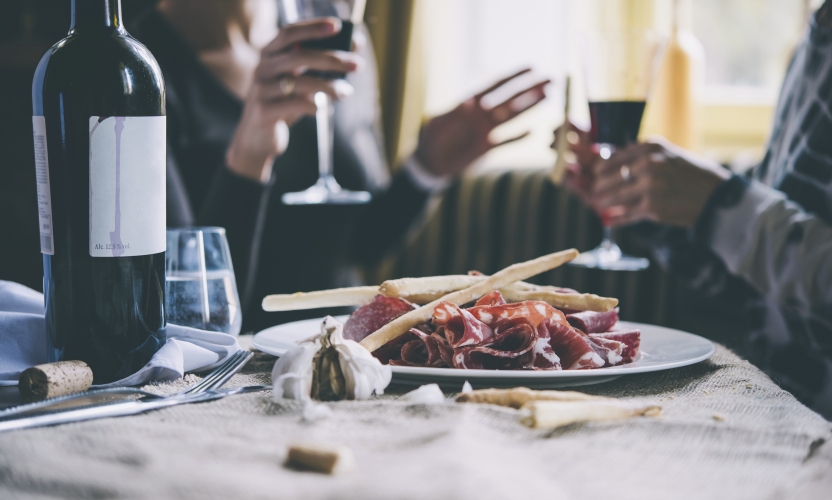 As you wind your way through this fairytale landscape, you encounter vineyards on quiet, country roads. Stop off en route to visit a local winery, take a tour, participate in a wine tasting session.

If you really love wine, why not take a break in Logrono and become an expert in all things Riojan, visiting superb wineries, museums and enjoy a superb lunchtime culinary stop.

The capital of the Spanish region of La Rioja is a fine place to start the Camino Frances. A compact attractive city with much medieval architecture and famous streets for Rioja wine and tapas bars, Logroño is home to a popular Wine Harvest Festival during the third week of September.

During the third week of September, the Festival is mix between a medieval thanks giving and celebration of the Riojan wine harvest. It has its origins in the 12th century when the town had an annual fair which became one of Spain's most important trading venues. These fairs grew in importance and the festive fun developed. Thus the wine, fruit of the earth, enters Logroño in remembrance of its history as a medieval village.

On their Thanksgiving Day in September, the Rioja people give thanks for the harvested crop, coinciding with San Mateo Day, (a tax collector and patron of merchants). Today this is La Rioja's most important festival. The fruits of the harvest and the first must are presented to the Virgin of Valvanera, asking the Virgin for the resulting wine to become an excellent vintage.

If you are a fan of La Rioja wines, you may want to check our Michelin Restaurant & Rioja Wine Tour of the Camino de Santiago.

Either to be enjoyed as a rest day excursion from Pamplona or as a detour here for an overnight stay. The delightfully Gothic Olite is located in the Region of Navarre, in northern Spain, and the Navarre Wine Harvest Festival is held every September.

The main celebrations take place in Olite, where there are concerts, tasting sessions, a shop window-dressing competition for wine harvest themes. Many establishments offer the chance to sample tapas, main dishes and desserts related and inspired by grapes. Furthermore, all the Olite wineries have open days for visits.

Olite is a Historic-Artistic site with a Roman and Gothic heritage, exemplified by its defensive walls and the medieval court of Carlos III within the castle keep.

Now converted into a Parador Nacional hotel, the Palacio de los Reyes de Navarra de Olite or Castillo de Olite was built during the 13th and 14th centuries. It has been one of the seats of the Court of the Kingdom of Navarre, since the reign of Charles III "the Noble".

Looking for something different? Try the Estella Music Festival (first week of September)

The Spanish Association of Classical Music Festivals presents a week long programme during the first week of September. The Early Music Week in Estella is one of the oldest cultural programs organized by the Government of Navarra, a sample of the best early music, Medieval, Renaissance and Baroque; showcasing chamber groups and soloists and dancers of international renown. Concerts are held in the Church of San Miguel of Estella.