Those who continue their Camino journey to Cape Finisterre are continuing one of the oldest Camino traditions, following in the footsteps of ancient pilgrims who weren't satisfied with reaching Santiago but decide to continue on to Fisterra and Muxia.

Most often, walkers first arrive in Fisterra, the little fishing port beside Cape Finisterre's famed lighthouse and then continue to Muxia.

Here, you will reach the western limits of the ancient world and discover more about its myths and legends.

At Muxia, tradition tells of a stone boat that came ashore bearing the Virgin Mary, to give encouragement to St James in his work preaching the Gospel throughout the Iberian peninsula. 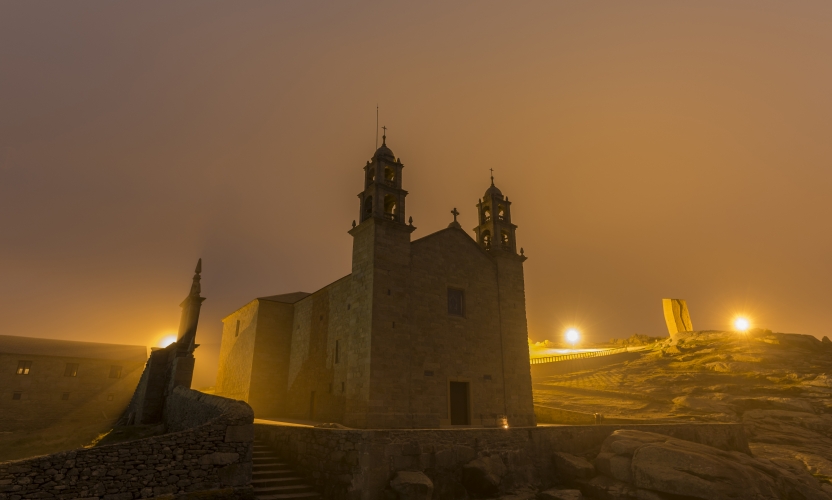 The Sanctuary of Muxia

Muxia's Virxe de Nosa Señora da Barca Shrine is one of the oldest pilgrimage sites in Galicia and the focus is the rocky shore of the promontory on which Muxia is located. The annual pilgrimage here which is one of Galicia's most prominent traditions.

The locals take part in quasi-religious rituals at the Holy site, which combines pagan ritual and Christian tradition. This is focused on three great granite rocks which are believed to resemble parts of the Virgin's stone boat and to have miraculous healing powers.

The weekend festivities begin on Saturday with a huge procession of locales from surrounding villages, a feast, traditional music and celebrations late into the night.m On Sunday morning, an outdoor mass is held outside the shrine, followed by a procession back into Muxía and topped with a fireworks display.