The Waters of Lavacolla

A Lavacolla is a village close to the city outskirts which takes its name from a small river. It's cited in the Codex Calixtinus as a place of ritual washing. In medieval times, at this river, pilgrims would cleanse their bodies and clothing after the long arduous journey.

This custom echoed the ritual bathing at the end of the pilgrimage to Jerusalem when the faithful would immerse themselves in the River Jordan. This cleansing of the body was associated with the elimination of sin, in the same way that baptism symbolises cleansing the soul through the purifying power of water. 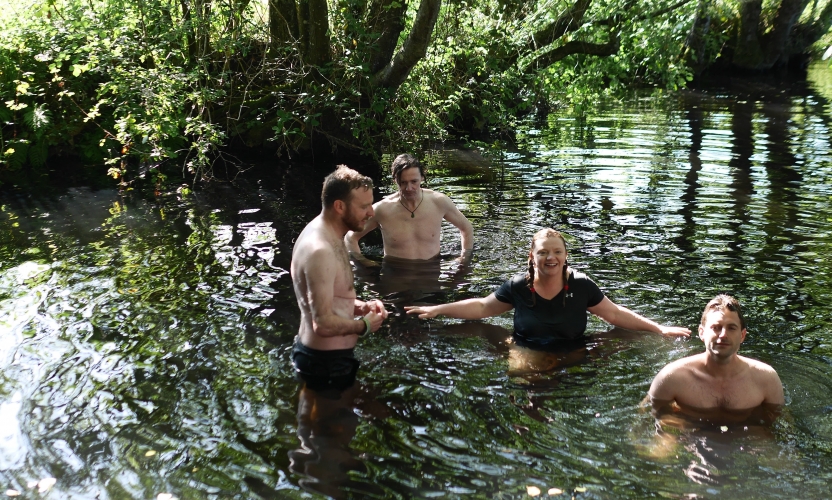 Likewise, on the Camino de Santiago, in preparation for arriving at the Cathedral, it was customary to wash before entering the holy place.

Once pilgrims had crossed the river at Lavacolla, they then continued on the last stage of the Camino to San Marcos, the last town before reaching Monte do Gozo and, from there, to Santiago de Compostela.

Some pilgrims travelling in company would initiate a race from A Lavacolla to the Monte do Gozo - the place from which the towers of the Cathedral of Compostela could be seen for the first time. The first to the top would be claimed "king" and be rewarded with privileges.