The first day or two of the full Camino de Santiago involves getting over the Pyrenees.

It presents perhaps the biggest challenge - Spain is Europe's most mountainous country, after Switzerland.

However, this is one of the most beautifully dramatic parts of the entire Camino, climbing steeply, with fantastic views on a clear day and soaring eagles overhead.

And happily - you do have a choice of two routes over the mountains. 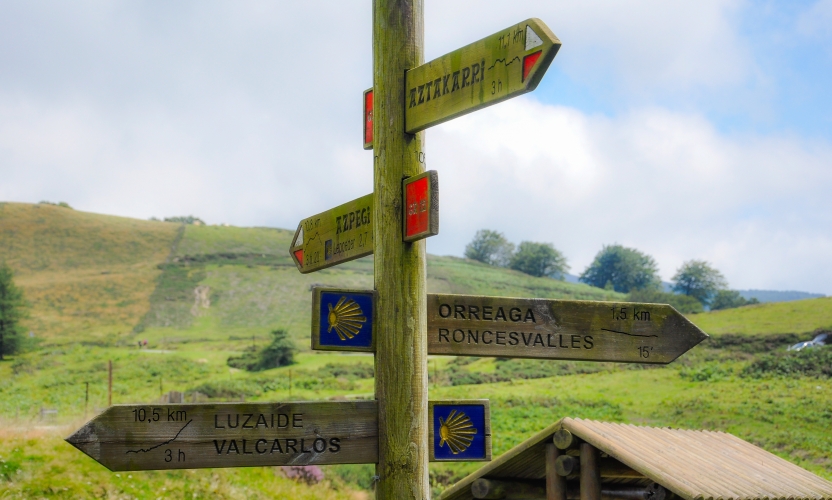 Which Way Will You Choose?

1. The Napoleon Route - the toughest climb out of St Jean Pied de Port, 25 km / 15 miles with a challenging ascent of over a 100m / 3280 ft of ascent. You might be lucky and book a bunk bed in the wonderful Auberge d'Orisson. The food and hospitality are warm and welcoming - if you don't mind sharing a small dormitory for the night. Some hardy souls tackle the Napoleon route in one day - heading for the historic hamlet of Roncesvalles, the first stop in Spain. 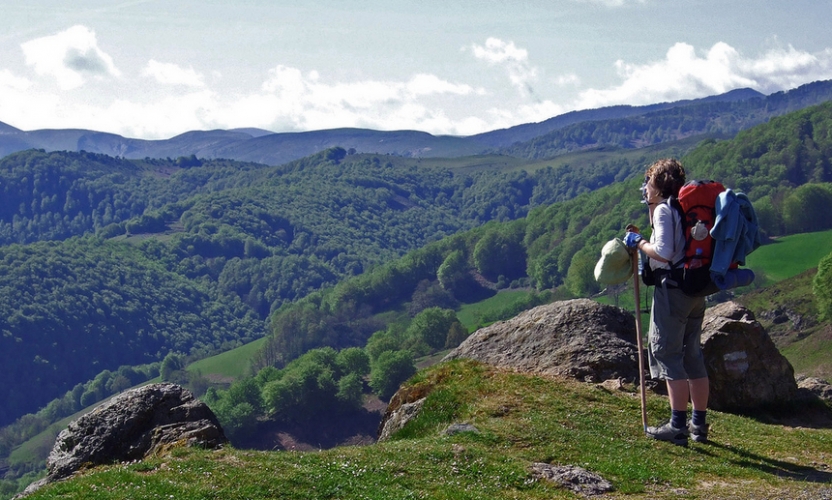 On The Napoleon Route

2. The Valcarlos Route - through the pretty mountain village of Valcarlos. This is considered an easier option, but still presents a considerable challenge with some more modest climbs, better support and facilities (should you fancy catching the bus). Some nice rural hotels and guest houses here to break the stage into two more manageable sections.

The Napoleon and Valcarlos routes converge at the Puerta de Ibañeta for the last 2 km to Roncesvalles. The way from Valcarlos to Roncesvalles is through attractive forests of beech. So, look out & listen for wildlife here, especially songbirds. Roncesvalles is a historic hamlet with a wonderful atmosphere and lovely accommodation. 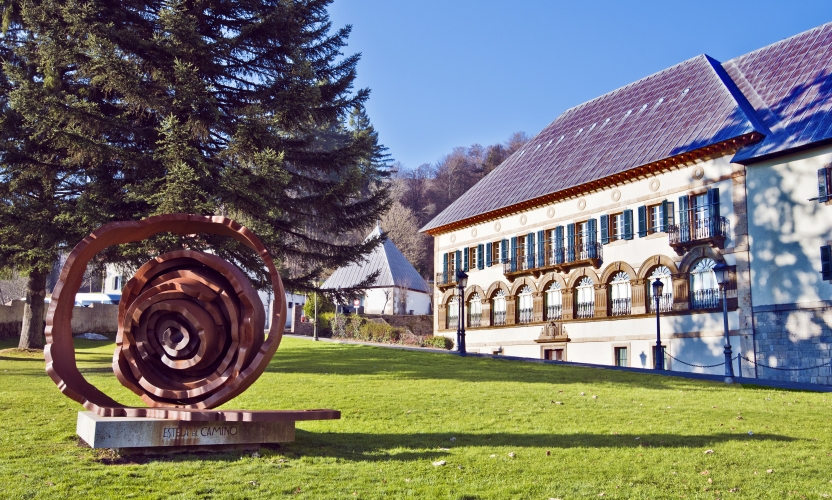 When you arrive on the Spanish side of the mountains, you'll be descending into the provinces of Navarra into La Rioja, where farmland and vineyards flourish on an undulating landscape.

The Rio Ebro is the lifeblood of La Rioja (and NE Spain), making this region the kitchen garden of northern Spain. The Camino de Santiago makes its way along a natural corridor between Sierra de la Demanda to the south and Sierra de Cantabria to the north - with the Camino unfolding before you - destination Santiago... 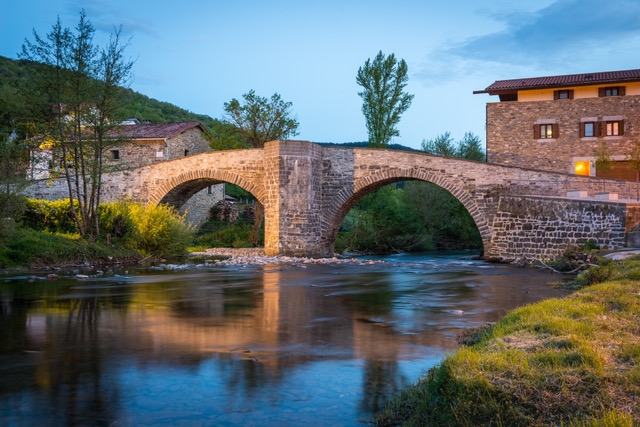